From Le Puy-en-Velay to Nantes, via Orléans, Blois and Tours, we present a musical portrait of the Loire river during the Renaissance. This is subjective representation, for which we have chosen several great musical figures such as Ockeghem and Janequin. Built around the history of the cathedrals, convents and castles situated along the river, and around the lives of the men and women who lived on its banks (including Louis XII, Anne of Brittany, François I, Leonardo da Vinci, and Pierre de Ronsard) our history of the Loire celebrates musicians and poets with songs, odes, and polyphonies from some of the great French masters.

This program was conceived as a “Mass” dedicated to the Loire with, as Introïtus, a polyphony from the first musical center in Le Puy-en-Velay, close to the source of the river, followed by a Kyrie by Tours’ cantor Johannes Ockeghem. It then meanders downstream with motets, psalms and songs that celebrate nature, birds, and vineyards. Sanctus and Benedictus from the Mass “La bataille” [The battle] by Janequin obviously evoke the sounds and horrors of war; and reference is made to mourning as well, with music composed by Fevin and Mouton for Anne of Brittany’s funeral. This journey along the Loire ends at the seashore, with the Agnus Dei “Je suis en la mer” [I am in the sea] by Guillaume Faugues.

This program is available in two versions: with choir only, or with choir and interludes of nature sounds recorded by audio-naturalist Boris Jollivet. When asking him to imagine this partnership, I had thought about adding, as interludes to the musical pieces, sounds recorded on the banks of the Loire. Rushing water, thunder & rain, plants & flowers rustling in the breeze, animal noises, and birdsong are part of an acoustic universe that we all know but hardly take the time to listen to. These sounds add an additional poetic layer on top of the abstract beauty of the music.

Developed in collaboration with the  abbaye de noirlac 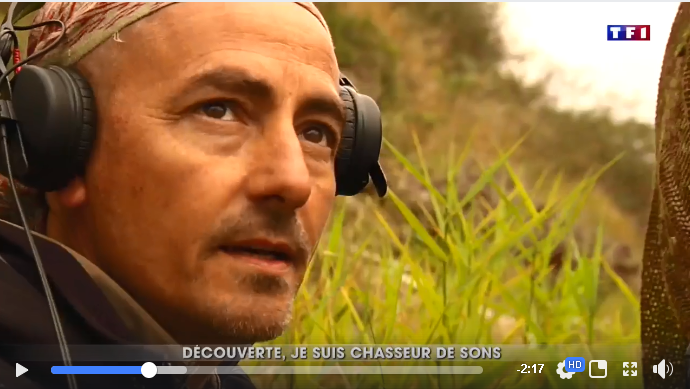